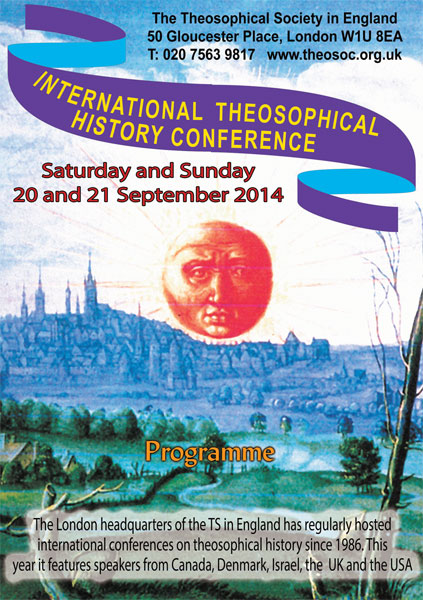 This weekend (September 20-21, 2014) was the International Theosophical History Conference, hosted by The Theosophical Society in England, London. The program can be seen here. Overall I thought the conference was a success.

I was the third speaker to present. My paper was entitled, “A Necessary Evil: Theosophy’s Ambivalence towards the Human Body.” It can be read here. I think applying the methodology of the body and embodiment to Theosophy is relatively new and so the approach brought a different set of questions and perspectives to the subject. This included the materiality of the body, how the body operates as a central metaphor in the doctrine of theosophy and the body’s needs and desires, especially sexual desires, can be a challenge for Theosophists which, in turn, required bodily control. The frank discussion of sex was certainly not something that is usual at these conferences. My paper was called controversial and provocative by participants. Nevertheless, the majority of the people with whom I spoke afterwards were supportive, one saying that there is a great need of more of these kinds of discussions.

Other speakers presented very interesting topics. Some worth highlighting include Erin Prophet’s presentation on collective karma and apocalypticism. It discussed the idea of avertive apocalypticism, one in which humans have the ability to intervene and avert the apocalypse. Prophet did not invent the term, but it application to TS influenced groups arising in the latter half of the 20th century seems quite fitting. She also introduced me to a number of important influences and facts I was completely unaware of, including certain aspects of Edgar Cayce’s work, George Adamski’s co-author, and Frederick Oliver’s A Dweller on Two Planets. After her presentation, I felt that there was some much more work for me to do to catch up on some of these things. For me, this indicates a lecture was very productive and informative.

Tim Rudboeg, from Denmark, discussed the concept of “Universal Brotherhood” in the TS, and earlier conceptions of universal brotherhood found in a variety of religious traditions over time. One of the most important points I think Rudboeg highlighted was that the rhetoric of Universal Brotherhood only became significant when the TS founders began to communicate with potential partners in India. Universal Brotherhood became a useful position to bridge the cultural and religious differences that might separate the two groups. Moreover, it allowed the TS to recognize the Indians as equals. This was important because Indians were generally regarded as inferior to their colonial rulers. Being recognized as equal made Indians more receptive to the TS leadership and helped open doors and opportunities when they arrived in India.

Boaz Huss presented a very interesting case study of an orthodox Jewish community in Bosra, Iraq that was forced to separate and form its own synagogue and cemetery because of its interest in Theosophy. Eventually the community reunited, but it demonstrates how Theosophy and its claims can be seen as incompatible with a variety of spiritual traditions to which the TS think it is compatible. I also found it fascinating that such a movement could have been possible in the first place.

Barry Loft’s and Geraldine Beskin’s paper on the Theosophical connections to John Yarker’s Oriental order of Sikha and the Sat Bhai. Yarker’s archive is split between the Warburg Institute in London and Baskin, who cares for the parts Yarker did not deposit in the Warburg. The Sat Bahai order a great example of how eastern ideas were adopted, adapted and incorporated in western systems. At one point, Blavatsky was made a member of the Sat Bhai and even revised the order’s rituals for Yarker. A really interesting summary which promises more great things in the future. One of those great things include a biography of Yarker Loft if writing.

Kevin Tingay used a British taxonomy to summarize ways to organize the various organizations and movements within the larger Theosophical Movement, Chuang Chienhui looked at how Osvald Sirén and his Theosophy were influential on interpretations of Chinese art. Erica Georgiades presented (in absentia) a theory about who Agardi Metrovich really was. I will not spoil her claim by putting it here. Readers will have to wait until she publishes her essay. That said, I was convinced. Yuri Stoyanov was scheduled to present on the TS and Neo-Gnosticicsm, but was held up in Japan by a pilot strike. Geraldine Baskin saved the day by volunteering to present on Manly P. Hall. It was a great presentation and everyone walked away from it with a better appreciation of Hall’s contribution to modern spirituality, especially in America.

Yoshinaga Shin’ichi presented on the Theosophical influences on and the network within Japan, and Barry Thompson discussed continuities and differences between Isis Unveiled and The Secret Doctrine. The conference was closed out by Massimo Introvigne discussing Theosophical influences on Scandinavian visual artists. He presented a number of artists that were new to me and the visuals were great. His lecture replaced a discussion panel that had been previously planned. After there was a public lecture planned by Leslie Price, but I had plans that prevented me from participating. Nevertheless, it was a great conference and demonstrates there is a large variety of scholars across the world interested in the history and influence of Theosophy. 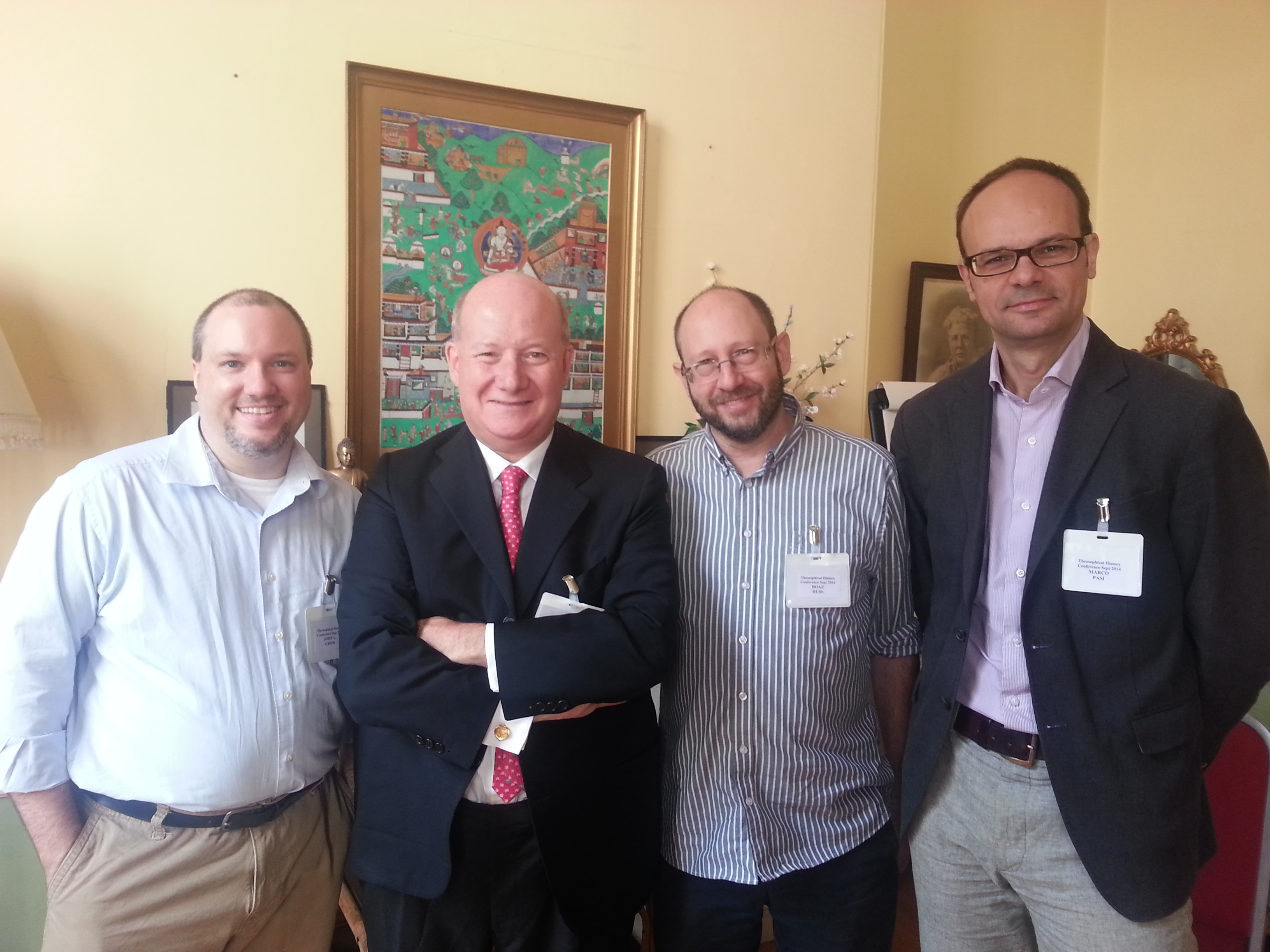