American Religious Change and Caring for the Dead

Burial and caring for the dead has been traditionally something associated with religion. When we teach our introduction or defining religion classes, we frequently discuss what might be called religious behavior of prehistoric peoples. We point to the ways they buried their dead, including objects, arranging the body, and placing materials, like ochre, on and around the bodies. In some cultures, whole religions are associated with death and caring for the dead, such as Buddhism in Japan. In the United States, burial practices have often been influenced by prevailing religious attitudes. For instance, how one behaved in life influences if one can be buried in hallowed ground. In the South, it was not until after the Civil War that the undertaker became professionalized as a mortician who offered the services of embalming, shifting care of the body from a religious concern to a medicalized one. Yet, many Southerners were concerned about the effect of embalming on bodies when they were to be resurrected. As Charles Wilson writes, “The undertaker had trouble convincing many tradition-bound southerners to allow this tampering with the earthly remains of the temple of God.”

During this this period, cremation was also introduced to America by the Theosophical Society. The first cremation in America was in Washington, Pennsylvania. Henry Steel Olcott, of the Theosophical Society, organized the cremation of Baron Joseph Henry Louis Charles De Palm (pictured) on December 6, 1876. While Olcott’s motivation was a result of his orientalism, the sudden explosion of cremation after De Palm was led by other concerns including sanitation. Yet, there was much concern about whether cremation was compatible with Christianity. Stephen Prothero notes in Purified by Fire: A History of Cremation in America (2002) that despite many of the first participants in cremation coming from alternative religions, the vast majority were Christian and the debate about the suitability of cremation versus burial was an intra-Christian one (80-81).

Cremation, though, has become more and more popular over the last fifty years. According to the Huffington Post, in 2012, cremation was how 43.5% of all bodies were handled, up 1118.5% from 1958 in which only 3.6% of American bodies were cremated. But this trend intersects with another, the decline in participation with organized religion, and the increase of the spiritual but not religious (SBNR). What do the SBNR do with their bodies after death? It turns out there have been many responses, but most deal with remembering the person while forgetting the body.

Corpses are becoming less and less of an issue for people to be concerned with when a loved one dies. Upon death, the body is quickly taken away by morticians and funeral home staff. More and more, memorials are taking the place of funerals and viewings, meaning that once the body is in the possession of funeral home professionals, loved ones may never see the body again. Instead later they might just see a closed casket lowered into the ground or a box or urn containing ashes. Candi K. Cann notes that this dislocation of the body results in people looking for other means to remember the lost loved one as ways to deal with their grief. In Virtual Afterlives: Grieving the Dead in the Twenty-first century (2014), Cann writes, “Whether it is a memorial located at the place the body was last intact before its death, such as roadside memorials and the Sandy Hook Elementary memorial, or it is a memorial service held with cremated remains and no corpse, bodiless memorials are clearly indicative of the trend towards memorialization without bodies” (17). 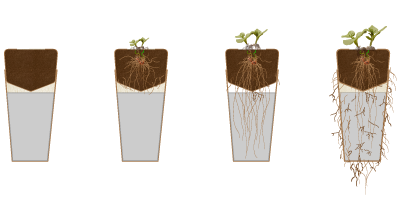 Cremation is common with the SBNR and there are creative ways in which bodily disposal reflects the values of the departed. For instance, a recent product on the market targets the environmentally conscious offering a biodegradable urn that also is the basis for growing a new tree. Bios burial urn is made of organic materials which contain the ashes, but also have a place at the top for a tree’s seed. Before death, the individual can choose what kind of tree they want to be. Later, as the “spirit tree” grows, its roots spread into the ashes allowing the deceased to become nutrients for the tree. Trees can be planted anywhere, at least theoretically. However state laws vary regarding the disposal of cremated ashes. Other times the body is turned into a manufactured diamond, or combined with tattoo ink and embedded in the skin of loved ones. These types of memorials, whether a tattoo, or a flourishing tree allow people to “remember but not to encounter death itself” (Cann 18). But what about someone’s online presence? Most online companies now have policies of how to deal with one’s digital demise. One of the most common responses, though, is to create an online memorial. Of course there are companies that help with this.

Another implication of the bodiless memorial is that any place can become sacralized. In the past, the body denoted the places of remembrance, whether buried in a cemetery, or ashes kept in a columbarium. But when bodies are displaced, and the memory of the loved one becomes the focus, anything or anywhere can become embedded within the sacred. This matches how place, space, and objects become sacralized for the spiritual but not religious. No longer is a backyard just a backyard, now it can be the final resting place of mom or a tree becomes the spirit tree of dad. Personal fields of the sacred are negotiated in secular public spaces.

As the role of religion changes in America, so does its place in the care of the body, including its disposal. More and more, Americans are less capable of dealing with death. In the past there have been social customs of grieving over weeks, months or years, and taking pictures with the deceased, cleaned up and staged doing their favorite activities. However, as Cann points out, today society has little patience for prolonged, or complicated grief, as some psychologists call it. One of Cann’s points is that our society is so in denial about death that rarely do companies have bereavement policies, and when someone loses a loved one, it is considered a personal issue, no different than taking time off for a vacation. Similarly, just as death has been displaced from the day-to-day lives of people, bodies are displaced, and instead memorials emerge. It is here that the individual can be celebrated without the encumbrance of a corpse. These trends are likely to persist and increase. I also think, in contrast, there might be a back-lash response to the displacement of the body, a movement to bring the body back into view, and for family and friends to have more involvement with the care of the loved one. It remains to be seen. Playing attention to the care of the body will be a useful way to track the way religion is changing in America’s shifting religious landscape.

James Bergman, June 14, 2016 at 12:52 pm
Going from 3% cremation to 43.5% cremation rate from 1958 to 2012 is a really big difference. Especially when you consider that we have a larger population now than we did then, but that probably doesn’t matter here. Anyway, I think that the big change is that it is more acceptable in religion and that more people are less religious. I personally think it is a good idea to use cremation.